8 Uses of Avocado for Healthier and Glowing Skin - Avocado has been labeled a superfood by many nutritionists lately because of the myriad of benefits it imparts to your body. You would be pleased to know that avocado is every bit as excellent for your skin as it is for the rest of your body.And there is so much you can do with it, you can add … END_OF_DOCUMENT_TOKEN_TO_BE_REPLACED 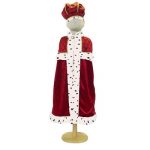 A beggar who lived very close to a palace saw a notice that was stuck on the entry gate one day. It said, “The king would be hosting a party soon. Anyone wearing the king’s dress could join the party.”It set the beggar thinking. He looked at himself with torn clothes and came to a conclusion that only the king’s family would be able to attend. Anyways, he gained some … END_OF_DOCUMENT_TOKEN_TO_BE_REPLACED 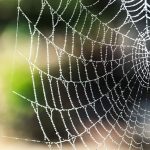 ​Believe in God: A truly beautiful story :During World War II, a soldier was separated from his unit on an island. The fighting had been intense, and in the smoke and the crossfire he had lost touch with his comrades.Alone in the jungle, he could hear enemy soldiers coming in his direction. Scrambling for cover, he found his way up a high ridge to several small caves in … END_OF_DOCUMENT_TOKEN_TO_BE_REPLACED 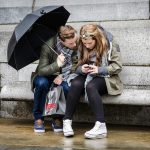 ​Your Teen Wants a Phone? 10 Things You Should Know Before Agreeing - Research has recently shown that close to 25% of younger children six to nine own their own cell phone and close to 60% of teenagers own one.  Essentially a computer in your pocket, a cell phone can be a very dangerous tool if your teenager doesn’t know about these dangers.In order to keep your kids safe … END_OF_DOCUMENT_TOKEN_TO_BE_REPLACED