Coconut Oil and its Scientifically Proved Benefits – The kitchen pantry is a wonderland of exotic ingredients. Some of them end up sprinkled on top of your favorite curries in the form of spice. Others may end up gathered at the very back of the pantry, collecting dust, never to be seen again.

Recently, there has been a steep rise in the number of health conscious people all over the globe. Some of them tout the secret to their trim waistlines and clear skins to the very ingredients in their kitchen pantry.

However, these health fanatics have been eyeing a certain ingredient for a while. Now, you may wonder what I am talking about and why?

Before you cringe from horror at the mention of oil to keep your health in check, what if I told you that there is actual scientific proof to back up this statement? 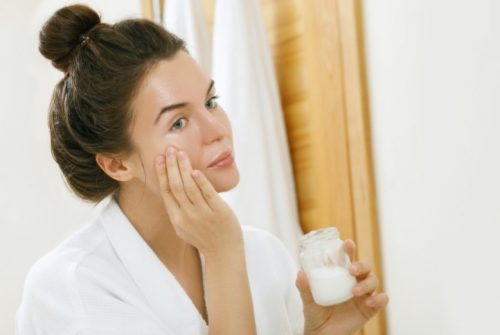 Here are 10 scientifically backed reasons why you should run to your local health store and purchase a bottle of this dope stuff:

When MCTs are consumed, they are converted by the liver to quick sources of energy or ketones. MCTs encourage fat burning to provide the brain and body with quick energy and increase High-density lipoprotein (HDL) or good cholesterol levels in the bloodstream. Ketones from its digestion may become possible treatments for epilepsy or Alzheimer’s.

Some populations in the world consume coconut oil as part of their everyday diet. The Tokelauans from the South Pacific derive 60% of their calories from coconut oil and have been found to rarely suffer from heart conditions.

Coconut oil also occupies a large part in the diets of Kitavans and South Indians, who have also been found to be in great health.

MCTs in coconut oil burn more fat than that burned by the same amount of LCTs. 15-30g of MCTs consumed resulted in a 5% increase in calorie burning within a 24 hour period.

The constituent fatty acid in coconut oil is lauric acid. When digested, lauric acid is converted to monolaurin. Both these fatty acids have antimicrobial properties and can kill bacteria, fungi etc.

These two compounds have been proven to kill Staphyloccocus Aureus and the yeast Candida Albicans (responsible for yeast infections).

Digested coconut oil produces ketones which suppress appetite. A study conducted on 6 men who consumed different amounts of MCTs found that those who consumed most ate 256 fewer calories in general.

Another research done on 14 men who ate a lot of MCTs found that they ate significantly fewer calories during lunch. Prolonged coconut oil consumption can drastically help shed pounds due to fewer calories consumed.

Epileptic children are usually prescribed a ketogenic diet to induce ketosis which helps reduces rates of seizures. Those who do not respond to drugs can be fed coconut oil.

Coconut oil is digested to produce ketones thus increasing ketone concentration in the blood. This sends the body to ketosis and thus lowers frequency of seizures while still letting the child have some carbohydrates in his diet.

7. Increases HDL levels in the Body

The saturated fat in coconut oil increases HDL concentration in the body and translates LDL to a less damaging form. 116 people were studied by making them include coconut oil in their diet, the results showed that their HDL levels significantly increased.

Besides being consumed, coconut oil has been used on the skin for centuries. It has been proven to reduce the dryness of skin and hair, and also prevents damage. Skin dryness from eczema can also be soothed with coconut oil.

Furthermore, it is loaded with antioxidants like vitamin E which is also great for skin and hair. The ancient practice of oil pulling can be used to improve dental health. This is where coconut oil is swished around in the mouth which causes any sticky bits of plaque to come loose. Doing this frequently eventually whitens teeth.

People with Alzheimer’s have certain areas of their brain where cells cannot metabolize glucose. Research shows that ketones may help as it can be a suitable substitute as fuel for these cells.

A 2010 study found that the brains’ of people suffering from a milder form of Alzheimer’s showed improved activity after consuming MCTs. However, it has not been proven whether coconut oil may specifically be able to help here.

Visceral fat is the fat that covers your vitals. However, too much of this can put you at an increased risk of heart disease. A study on 40 obese women found that giving them 2 tablespoons of coconut oil every day for 12 weeks produced a noteworthy reduction in belly fat and BMI.

Another study done on 20 heavy set males found that giving them 2 tablespoons of the oil produced a decrease of 1.1 inches on the circumference of their abdomens’.

Consume a limited amount such as 2 tablespoons of coconut oil in your diet or use it as substitute for other oils. This oil is still rich in fat so be sure to consume with some restrictions.

Coconut oil has a multitude of benefits and provides great results to those who have used them. However, if you do plan on purchasing a bottle get extra virgin coconut oil. This is unprocessed and has all the benefits of the oil as mentioned above.

The refined stuff has undergone high heat conditions which may destroy some of the nutrients that make it awesome. In fact, the refined form of coconut oil has far lesser lauric acid than the organic version so always be on the lookout for the cold pressed organic version. 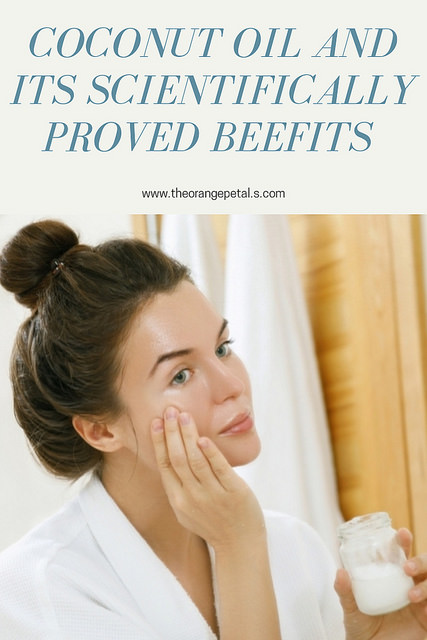 Author Bio:
Shawn is a content writer at Feedfond. He’s an avid pet lover and a fitness freak. To read more of his articles, visit Feedfond.com.