13 Reasons Why Black Seed Oil is a Perfect Home Remedy

Throughout history, people have used natural home remedies to treat diseases with great success. In recent decades, medical technology has pushed aside natural remedies although not completely.

One of the remedies still widely used is the black seed oil. With close to no side effects and an umpteenth of benefits, black seed oil isn’t likely to go away soon.

Why Black Seed Oil is a Prefect Home Remedy

Black seeds have shown tremendous use and effectiveness and many immediste reliefs against a variety of complications and issues, ranging from skin, hair complications to arthritis and fungal infections.

It is used in treating many issues to mention a few is – The Black seed oil used to treat asthma, bronchitis, fevers, aches and pain, skin diseases, wound treatments, and much more.

Other names for Black Seed Oil

Since Black Seed oil is a Perfect home remedy and used from ancient times? it has been called in different names around the world.

Some other names for this are 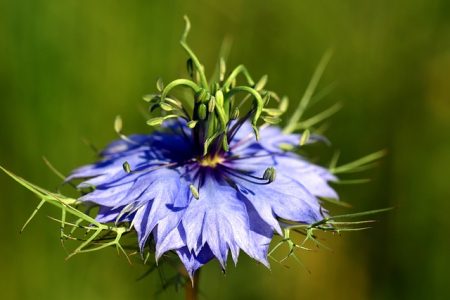 Here we see some of the benefits and remedie of the black seed oil.

Some communities in Europe and the Middle East have traditionally applied black seed oils around their noses and foreheads to reduce migraines.

Those that use black seed oil for this purpose claim that it eliminates migraines really fast. The next time you get a migraine, try applying some black seed oil on your forehead.

Skin bumps are common among many people. But they are also not pretty and can be embarrassing to look at.

Skin bumps are mainly caused by overproduction of keratin (the substance that makes up hair) in your body. Bumps together with the painless, pus-filled boils on the skin can be depressing.

Black seed oil say that you can treat boils smaller than half an inch naturally rubbing oil on the affected area of consuming the oils. If the boil is large, unfortunately, you should visit a doctor.

Most bumps and boils tend to burst with time. When this happens, clean the area with a disinfectant and make sure not to touch the pus.

During the spring and winter, millions of people around the world are attacked by influenza. So dangerous is the diseases that some countries experiences experience influenza attacks for up to a quarter of the population every year.

Surprisingly, the flue starts as a small infection that could go away on its own. With time, the viral infection spreads to your muscles, causing aches and pains. Fevers attack you and before you know it you are being rushed into an ICU.

The anti-inflammatory ingredients in black seed oil again come to your rescue during the cold half of the year. Consuming minimum amounts of the oil ensures that a viral infection is treated before it spreads to rest of your body.

Apart from influenza, the anti-inflammatory ingredients in the oilopens up your bronchitis, making black seeds ideal for asthmatic people.

Again, you can’t use black seed oil as a replacement for inhalers but the oil naturally reduces the effects of respiratory diseases.

Poor health choices are a major contributor of infertility among men and women. A drinking problem, for example, is known to lower male libido. Obesity and poor eating habits can also cause sexual health problems among men.

For women, infertility is mainly caused by problems that are difficult to prevent. Some women can become infertile after a birth defect, for example. Infection in the uterus or defective genes can also be blamed for female infertility.

In all these cases, doctors recommend a series of medication that is not always effective. Nutritionists with vast experience in studies black seed oils claim that it can lower sexual dysfunction and treat some of the triggers that cause infertility among women.

The anti-inflammatory ingredients in black seeds are responsible for boosting blood circulation throughout the body.

While most types of cancers are not preventable, some are. Your health and life style behaviors can expose you to cancer-causing cells. People who smoke cigarette, for example, already know it can lead to lung cancer.

Excessive drinking can lead to liver cirrhosis. Taking too much junk food can slowly take you to a cancer bed as well. The fast foods that you so much love can lead to obesity.

When you become overweight, the risk of acquiring pancreas cancer, cancer of esophagus or even breast cancer increases. Many studies show that regular intakes of black seed oil can help prevent certain types of cancer.

Different researchers differ on which cancers can be prevented by this home remedy; but they all agree that black seed oil slows the growth of brain tumor cells, pancreatic cancer and cervical cancer.

But as you probably know, you shouldn’t attempt to treat signs of cancer with a home remedy. Cancer is best treated with today’s medically advanced tools and drugs. If you have to use black seed oil, use it as a reinforcement of your treatment and not as an alternative.

Poor eating habits, stress and failure to exercise enough are the major causes of obesity around the world. Obesity is such a big problem in the US that slightly more than half of the country is considered overweight.

With all the junk food in supermarket, becoming overweight is easier than most people think. Fortunately, losing weight is also easier than some people tend to believe.

Black cumin seed oil is often used to create the right body condition for burning calories. The anti-inflammatory nutrients in the black seeds are also helpful in reducing fat building in your body.

While not all types of hair loss can be treated via a natural remedy, some can. If your hair often looks dry and unhealthy, shampooing with black seed oils can moisturize and improve its appearance.

Black Seed Oil is preferred as a skin care product because it strengthens hair follicles besides moisturizing. If you want improved beard growth, black seed oil can help.

The double impact of the oil solves the two most common problems among people’s hair. Black seeds oil cannot help treat baldness, however. Baldness is mostly a hereditary disease that can only be corrected via advanced medical procedures.

Exposure to dirt, not showering on a daily basis and using too many skin care products are some of the major causes of an unhealthy skin.

In addition, the components moisturize the skin preventing it from getting wrinkles. They also contain thymoquinone which prevents radiation damage. This prevents your skin from sunburns caused by the radiation damage.

The antioxidants, antibacterial and anti-viral components in black seeds helps keep your young child healthy when she is most vulnerable. Nursing mothers can also apply black seed oil on their nipples to prevent the spread of certain diseases.

The main ingredients in the seeds also enable the body to fight infections that causes diseases among adults..

Sugar addiction is probably the worst type of craving among humans. Not only does added sugar not offer nutritional value to your body, it can cause diabetes. Diabetes is a lifestyle disease that disrupts your body’s ability to regulate insulin in the body.

In the worst-case scenario, diabetes is a killer disease. Of course there are other factors that contribute to diabetes besides sugar. But since diabetes is a lifestyle disease, you can avoid it by making better life style choices.

Black seed oils are also favored to help prevent or reduce the effects of diabetes. Additionally, black seed oil is recommended because it does not cause side effects of any kind.

Most other drugs used to treat diabetes cause indigestion problems, constipation and stomach pains as side effects.

Black seed oil acts as a natural remedy for candida, a yeast infection that mainly affects women. There are several types of the infection, candidiasis being the most common among them.

Studies show that about 20% of women around the world have a low amount of yeast infection. When it occurs, candidiasis is accompanied by white discharge in women and itching on the males.

Candida can have adverse effects when not properly treated. Black seed oil is used to treat the infection thanks to the anti-fungal ingredients found in the natural product.

Due to this, black seed oil is often recommended to patients with MRSA, a hard to treat infection that causes skin infections and wounds.

About 50% of the world experience stomach pains at some point in their lives. Food poisoning is the biggest cause of digestion problems followed by allergies. Black seed oil help decease bloat, stomach pains and most other problems associated with poor digestion.

The black seeds contain an active ingredient that quickens digestion without leaving any more upsets. The seeds in black oil are also credited for helping stop the growth of harmful cancer cells in the colon. It also used as a home remedy for treating intestinal parasites.

So after knowing the benefits of this powerful black seed oil, we recommend to have it in your household to be used in the home remedies. If you are convinced to take, consume it in the recommended quantity.

If you are pregnant or having àny health issues, consult your doctor before taking or following any home remdies.

Tatsat Savsani is the marketing executive and content curator for The Blessed Seed Company. He has been working with The Blessed Seed for more than 2 years and have done intensive research on the and have published many blogs about benefits of black seed oil and its usages.