king and the servant 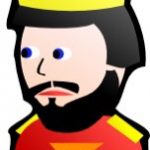 There lived a king who had ten wild dogs. The king always thinks he is correct. If anybody says against his words, he used to torture them and throw them to his dogs. The dogs too eat any of his servants who made a mistake.One day, One of the servants gave an opinion which was wrong, and the king didn’t like it at all. So he ordered that the servant be thrown to the … END_OF_DOCUMENT_TOKEN_TO_BE_REPLACED