Guru Nanak and his two disciples Bhai Mardana and Bhai Bala came to a small village. The villagers were very respectful and hospitable. They invited the guru into their homes, listened to his sermons with attention and fed and feted him with all the honour due to a visitor and guest. 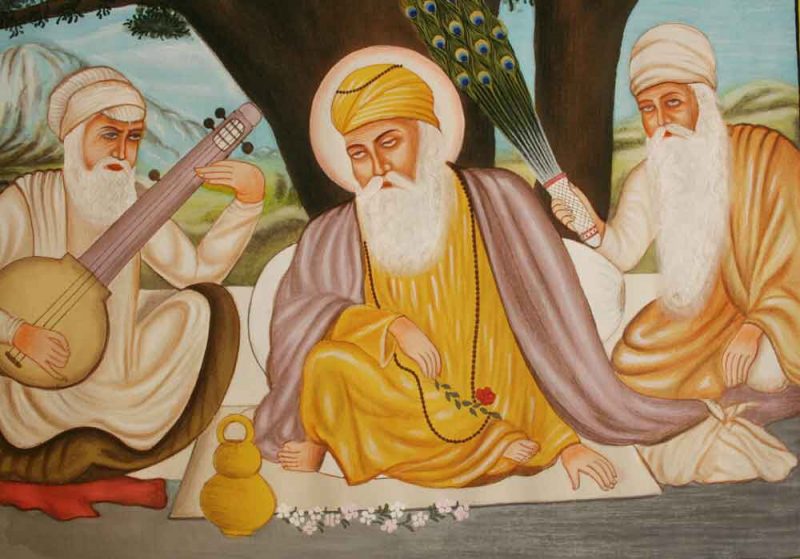 After spending a few very restful and pleasant days in the village, it was time for the guru to say goodbye and carry on with his long journey. As he left, the villagers crowded around him, seeking his blessings. He cursed them instead. He left the village saying : “Be uprooted and disperse!”

On the same journey, Guru Nanak Dev came to another village. Here, the villagers were uncouth and unfriendly. They were rude to the guru and his followers and had no interest in his teachings. They refused him hospitality and forced him out of their village.
As the guru left this village, he blessed the villagers with a gentle smile: “Stay safe, stay here and prosper.”

Bhai Mardana and Bhai Bala couldn’t understand the unjust behaviour of their beloved guru. They asked him for an explanation:

“Why did you curse the good villagers and bless the rude ones? Why were you so unfair?”
Guru Nanak told them: